The passwords generated are compliant with the new NIST SP800-63.3 standards.

Note: The passwords are randomly generated on the fly and are not cached or saved anywhere on the server. 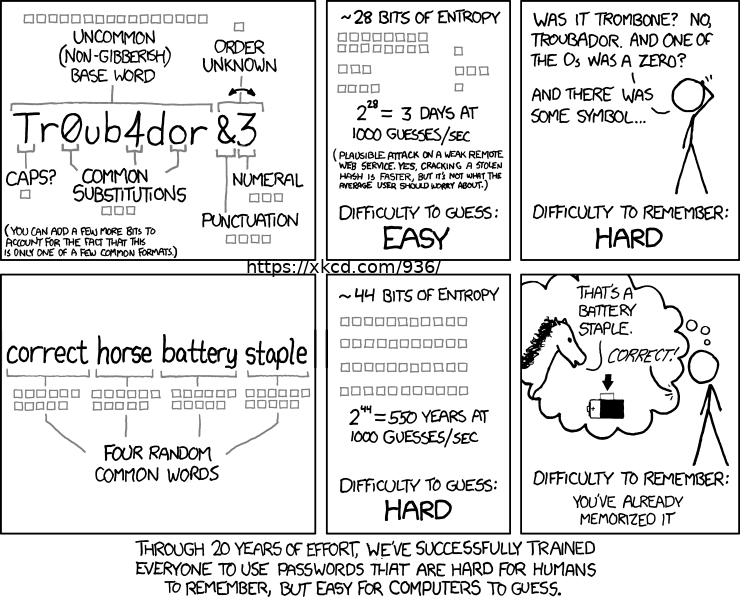 The algorithm assumes 350 billion guesses per second. This is on the higher side and only one reported instance of it being achieved with 25-GPU (AMD Radeon graphics cards) cluster when cracking password hashes generated by the NTLM cryptographic algorithm that Microsoft has included in every version of Windows since Server 2003. For example, howsecureismypassword site assumes 10 billion guesses per second whereas useapassphrase sites uses 10,000 guesses per second, "which is consistent with passwords hashed using bcrypt, scrypt or PBKDF2". The algorithm, through pattern matching and conservative estimation, recognizes and weighs 30,000 common passwords, common names and surnames according to US census data, popular English words from Wikipedia and US television and movies, and other common patterns like dates, repeats (aaa), sequences (abcd), keyboard patterns (qwertyuiop), and l33t speak. It is based on zxcvbn but with modification to increase assumption on number of password guesses per second.